Parlophone Records (BMG in the USA) are pleased to announce the release of IRON MAIDEN’s new double live album on November 20th worldwide. Containing over 100 minutes of classic Maiden music and available in multiple formats, Nights Of The Dead, Legacy Of The Beast: Live in Mexico City was recorded during the band’s three sold out arena shows there in September 2019 and is a celebration of their Legacy Of The Beast World Tour which began in 2018 and will finish next Summer in Europe.

For The Greater Good Of God

Fear Of The Dark

The Number Of The Beast

The Evil That Men Do

Hallowed Be Thy Name

Run To The Hills

“When the final leg of our 2020 Legacy tour this summer had to be cancelled due to the COVID pandemic, the whole band was very disappointed and deflated and we know our fans felt the same. We’d been really looking forward to bringing the show to even more countries and although we’ve been able to reschedule most of our European own-shows for 2021, we thought we’d take a listen to the recordings from the tour so far and see if we could create a definitive live album souvenir that everyone, everywhere could enjoy. I’m very pleased with the results, especially as this set list includes songs which have never made it to a live CD before, such as For The Greater Good Of God, and other older songs like Where Eagles Dare, Flight Of Icarus, The Clansman and Sign Of The Cross which haven’t been included in our live set releases for many years.

We’ve never released a live album from Mexico before and I think this recording does justice to the passion and joy of our Mexican fans who always give us such a fantastic welcome whenever we play there.”

“All the shows on the tour so far have been amazing and our fans have loved the whole Legacy extravaganza with the elaborately themed stages, props and drapes, not to mention the killer set-list! When our 2020 tour got cancelled, putting together a live album seemed the obvious thing to do and I think Steve, along with co-producer Tony Newton, has perfectly captured the essence of the 70,000-strong crowd across these three nights in Mexico City. The album serves both as a celebration of this tour, which almost two million fans have already seen, and as a taster for, hopefully, next year’s final run for anyone who hasn’t yet experienced the show.”

The album will be available in these formats: 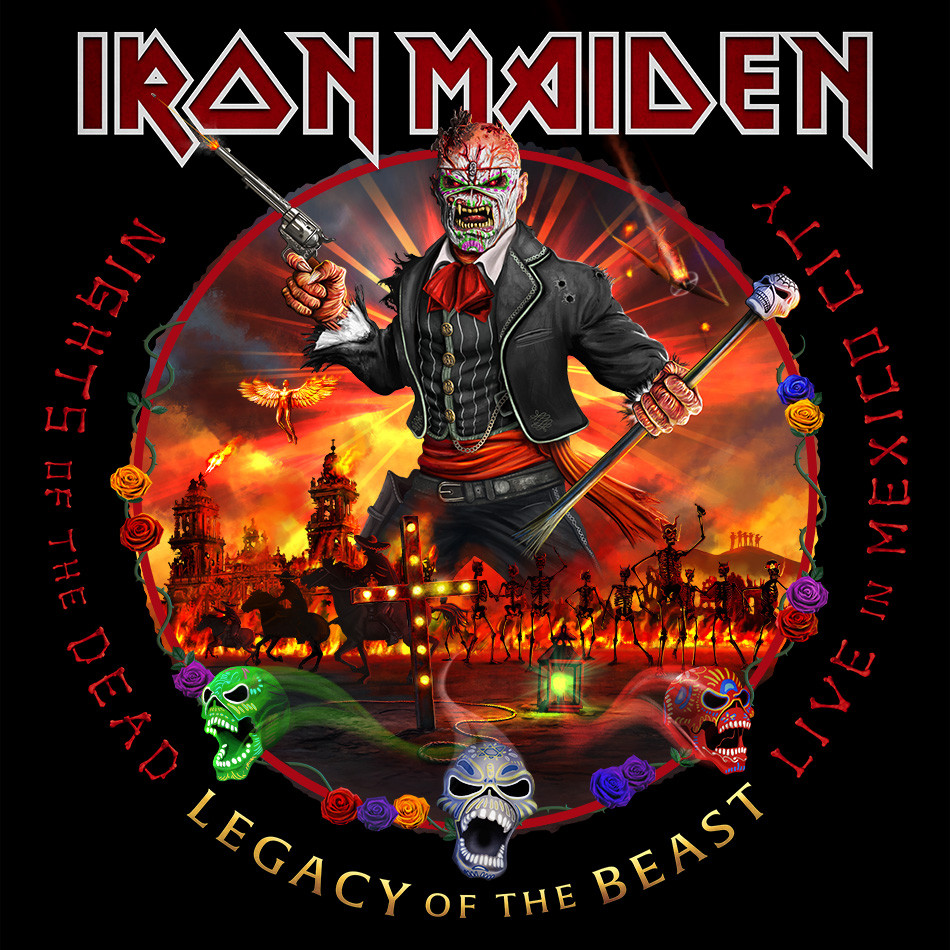